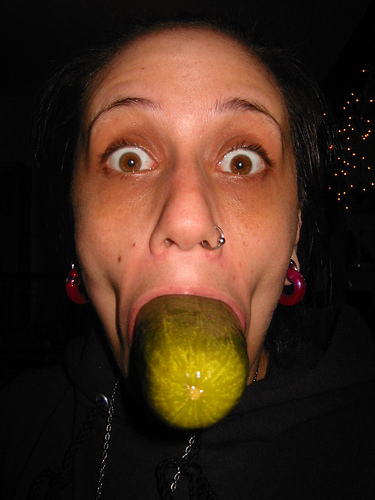 user since
Sat Sep 23 2000 at 01:27:05 (22 years ago )
last seen
Thu Dec 5 2013 at 10:08:59 (8.8 years ago )
number of write-ups
149 - View deeahblita's writeups (feed)
level / experience
12 (Laureate) / 8526
C!s spent
87
mission drive within everything
2009: Update All Things Kink in order to clear out my mailbox. :) And maybe write some more. Heck, Maybe even date another noder or two. Volunteers?
specialties
Purveyor of TMI, Hustler of Hope
school/company
Student of Life / Body Piercer / Registered Nurse / Former Exotic Dancer and Phone Actress / Friend of Bill W.
motto
"The only way to make a difference in the world is to put 10 times as much effort into everything as anyone else thinks is reasonable. It doesn't leave time for golf or cocktails but it gets things done." -HGR
most recent writeup
Deeahblita's Dynamite Derriere-Bouncing 30th Birthday Bash
Send private message to deeahblita