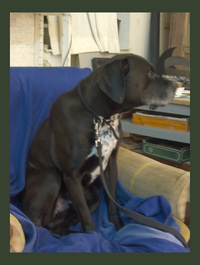 user since
Sat Mar 3 2012 at 17:03:42 (9.4 years ago )
last seen
Tue Jan 12 2021 at 22:49:41 (6.5 months ago )
number of write-ups
15 - View pomegranate's writeups (feed)
level / experience
3 (Scribe) / 1418
C!s spent
1
mission drive within everything
To read, to write; perchance to dream...
specialties
Wide-ranging and entirely eclectic: there must be a common thread but I have yet to formulate it. Science and art as a unified means of exploring the world. Philosophy as a means of understanding the important filters of perception. Poetry to ultimately sift the pearls of beauty and truth that come our way.
school/company
Existence and my interactions along the path.
motto
Publish and be damned!
most recent writeup
A Ticket to Ride
Send private message to pomegranate